Turn Your Gaming Skills Into a Job

Sound unrealistic? One professor at a prestigious business school doesn’t think so. He thinks talent scouts at financial services companies and other white-collar firms should be racing to hire gamers and their unique skillsets.

In other words, he thinks they should hire the next analytically-minded gamer.

One Reddit® user recently published a post on Reddit’s page for Star Wars™: Battlefront™ II titled, “It Takes 40 Hours to Unlock a Hero. Spreadsheet and Galactic Assault Statistics,” demonstrating the kind of statistical prowess useful in business. Based on meticulous and exhaustive spreadsheets populated with data from the poster’s own research, the post asserts that Battlefront™ II was stingy in awarding credits for actual gameplay, pushing players wanting to upgrade their characters to pay real money to try their luck with purchasing loot boxes.

Score one for the Alliance.

And score one for gamers, says Dr. Curtis Nicholls. He sees gamers posting the kind of hard-core data analysis for character builds or for loot drop rates that financial companies want to hire.

“Think of the trading and online marketplaces that exist in Eve®, or other MMO [massive multiplayer online] style-games. I’ve seen players build pretty massive online spreadsheet systems made by players looking to exploit systems and work on the margins. It’s profit and loss models. It’s basically coming up with an economics statement.”

Nicholls teaches management and financial accounting and reporting at Bucknell University. He’s a serious teacher of serious subjects and writes serious papers, including one titled “The Current State of Cash Flows; An Evaluation of Reporting Trends in Statements of Cash Flows.” He looks at the sophisticated character mods and statistical game analysis populating the internet and sees the financial advisors of the future.

“There’s problem-solving in this, and it perfectly fits with the data analysis I teach,” he says. “I teach models, and companies are looking for these models.”

“As video games are more accepted, you’ll have players talk about in job interviews how they led a guild, or how they overcame a challenge, or how they collected data. A savvy employer would be willing to accept those responses.”

Nicholls is also a longtime, semi-serious World of Warcraft® enthusiast. As a child of the 1980s, he grew up playing games dating back to the Atari® era, meaning he’s a little more at home in the game scene than many others in academics or finance. The pearl tower and white-collar worlds are more likely to assume the gamer applying for work matches the tired stereotype: lazy, antisocial, and self-exiled to a dark basement.

But Nicholls thinks that misperception will change. Gamers posting models online are basically showing off the skills he teaches in one of the country’s top business schools. He points to models like those made by Destiny 2™ players tracking how the game metes out experience points and sees quality work.

Athletes can already score points in job interviews by talking about how playing basketball or soccer forged them into leaders, Nicholls says. While he hasn’t talked to anybody in industry who is targeting gamers, he thinks that will change within 10 years.

“As video games are more accepted, you’ll have players talk about in job interviews how they led a guild, or how they overcame a challenge, or how they collected data,” Nicholls says. “A savvy employer would be willing to accept those responses.”

However, games teach more than merely math, Nicholls says. Games have also produced strong leaders. As a World of Warcraft player, Nicholls participates in guild raids of 20 or 30 players. Guilds typically have a guild master who plans strategy for the group and who is often responsible whether the guild survives or fails. Guild assistants and advisors support the guild leader, acting as a sort of project managers for smaller units within the group. Team communication and problem solving are paramount for team success in guilds. That’s also true in esports games where differing character abilities must work in concert to defeat skilled opponents, such as Overwatch® or League of Legends®. 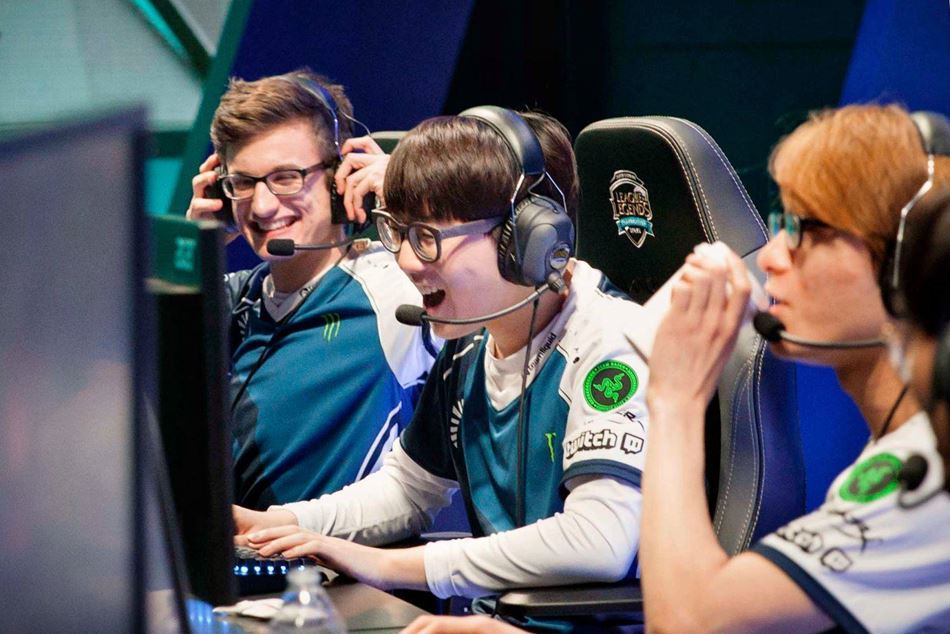 “In those games, it’s all about working together as a team and knowing your teammates,” Nicholls says. “It’s about building on your own team’s strengths and exploiting weaknesses in other teams’ strategies. It’s developed in gaming in a way you don’t recreate through traditional experiences.”

“The best WoW raiders analyze data in real-time, manage challenging situations, highly time-sensitive pressure situations,” he says. “When you don’t deal with the emotions of talking to people face-to-face, you can develop a blunt strategy for feedback. People still have emotions. There’s just less feedback based on those emotions.”

The first generation of gamers have grown up and advanced in the world. Some gamers now make hiring decisions and want skills they’ve seen top players show off online, a trend that will only accelerate. Finding out if candidates have advanced gaming skills – or perhaps even recruiting gamers – could inject valuable perspectives into workplaces.

“The whole idea of gaming is becoming more and more acceptable in the workplace,” Nicholls says.