By 2030, robots and automation could put up to 800 million people out of work, according to a new report from McKinsey.

The headlines are scary. We see them every day, echoed across all media.

But it’s not the first time we’ve heard this story. These same alarm bells went off in the 18th and 19th centuries, during the industrial revolutions of those times.

According to Harvard’s Kenneth Rogoff, “Since the dawn of the industrial age, a recurrent fear has been that technological change will spawn mass unemployment. Neoclassical economists predicted that this would not happen, because people would find other jobs albeit possibly after a long period of painful adjustment. By and large that prediction has proven to be correct … On balance, however, throughout much of the world, people live longer, work much fewer hours, and lead generally healthier lives.”

Out of agricultural technology came the farming industry, chock full of automation. The industrial revolutions birthed factories with workers — and robots. Today, in the digital revolution, automation has changed the job of every worker.

Interestingly, through all of this, the number of jobs has not decreased. But now they look a lot different.

So how do we get in front of these new jobs? How do we educate our children to thrive in this environment? To find the answers, however, takes collaboration with those who share that same vision. Micron has found that with Raspberry Pi.

Nearly a decade ago, Eben Upton saw that smart electronics and programming would be keystone skills in the future. So, he started Raspberry Pi, a company that brought programming to everyone.

“Raspberry Pi can be used to help educate people to retrain,” Eben explains, “Somebody who's been working in a factory their whole lives can learn to up level their skillset.

Raspberry Pi’s combination of performance, profile and price are made possible by their long relationship with Micron, whose memory solutions have been a key part of its products for years. In fact, in his latest product blog, Eben singled out several Micron team members as critical to the success of the latest launch.

“We've been pretty much an exclusive Micron customer since 2015,” Eben says. “It’s a very deep commercial relationship, and we see all kinds of things blooming around it, which is very satisfying.”

For Raspberry Pi4, Micron provides the memory supporting the 16Gb and 32Gb LPDDR4 and is — for a third generation of Pi – Raspberry Pi’s supplier of choice. The Micron-Raspberry Pi relationship is ideal, says Gattani: “As a trusted supplier, we have powered Raspberry Pi2, 3 and 4. We are able to deliver the considerable power they need – at the price point they want.”

While Raspberry Pi technology is a foundation to retraining older workers, it is valuable to youth as well. In fact, originally the technology was born primarily out of a desperation to attract students to the Cambridge University computer science program.

“Ten years ago, we were struggling to find enough young people who wanted to study computer science,” recalls Eben. “As 8-bit computers of the 1980s disappeared, hobbyists vanished. The supply of 17-, 18-year-olds dried up. So Raspberry Pi was an answer to the question, ‘If we bring the computers back, will applicants come back?’

“We use Raspberry Pi almost exclusively for all of our programs,” she says. “When it launched, I put in one of the first orders, and we’ve never stopped. I love it because the kids could hold it in their hands. For $30, we get a self-contained computer. Amazing.” 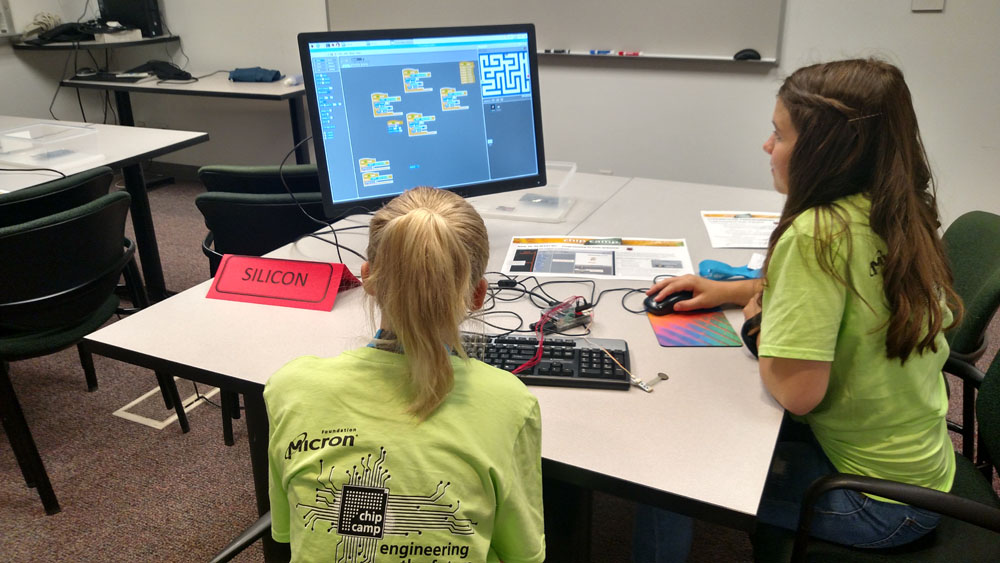 Raspberry Pi’s emphasis on education springs from an unusual business model. The company was started as a charity, with an emphasis on “doing good.” Eben explains, “We were trying to solve a social problem, so a socially structured organization seemed the right way to do it. It's been quite nice to do it this way for a change.”

Today, the Raspberry Pi foundation remains committed to putting the power of digital and computing into the hands of people all over the world.

According to Eben, this is satisfying but also pragmatic. Giving people access to high-value skills rather than low-value skills is good for the economy.

“It enriches the country to have high-value activity,” he explains. “It's good in and of itself and it's good economically, as it contributes tax revenue, which can be used to accomplish other things. These are good jobs. They're well-paid, they're interesting, and they have task variety.

“These skills are not just useful for engineering,” he continues. “They're general purpose reasoning skills that have applicability in other fields. They make you a better doctor, a better lawyer. In every operational job, these skills are useful.

“And maybe most importantly, they're powerful drivers of social mobility. We have social mobility problems; it's very hard for people from disadvantaged backgrounds to get a leg up. In fields like electronics and software engineering, you can be unambiguously good at them. We always say, ‘A computer program doesn't care who your dad is.’”

Our memories are irreplaceable. That’s why we rely on our smart phone cameras to capture our lives. Learn how advances in computational photography can help novices capture high quality photos and precious memories.
Read more ›
+