Mike Thiel thought he would serve his country as a Marine, but life had other plans. Thiel grew up in a Southern California family of several Marines, including his grandfather, uncle, brother-in-law and nephew. He wanted to be a paramedic, but when he went to enlist, he learned the Marines didn’t offer that career path. So he became a paramedic in the Navy.

After boot camp, Thiel set sail from Naval Station Ingleside on the southern tip of Texas and served on a small, 80-person mine countermeasure ship. But shortly after his career began, medical issues unexpectedly ended his service. 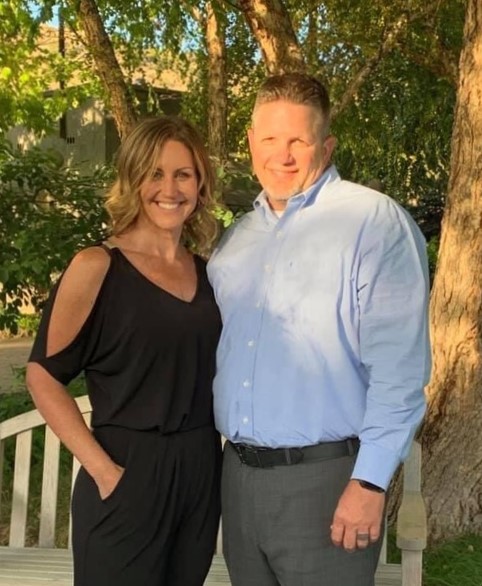 Thiel brings skills he honed in the service to Micron

Fast forward several years, and Thiel now finds himself engaging with other service members again through the Micron Veterans Employee Resource Group, also known as VERG. This is just one of several employee resource groups that Micron offers as part of its commitment to diversity, equality and inclusion.

As a former sailor, Thiel appreciates all he learned from his time in the service and knows firsthand that veterans bring valuable skills to employers. “Anyone who graduates from boot camp learns unmatched discipline and leadership skills,” Thiel said. “And veterans know how to roll up their sleeves and get things done. If there is a hole in the ship, you repair it. That mindset works well in Micron’s innovative culture.”

Thiel is a senior manager on Micron’s Talent Acquisition team. He’s been all over the world in this role, recruiting talent from India, Taiwan, Japan and Singapore. His time in the Navy prepared him to work on a global team. For example, he trained Italian military personnel on ships the United States sold to Italy.

Now Thiel is leading Micron’s efforts to reignite the company’s veteran hiring initiative. Partnering with Eightfold.ai, a machine learning talent platform, the Talent Acquisition team can quickly match the skills of prospective talent to roles at Micron. This tool helps veterans translate their skills from how the military describes them to the civilian world, helping recruiters understand if a military member’s skillset actually aligns to the skill requirements for a job.

In honor of Veterans Day on Wednesday, Nov. 11, Micron is holding a referral contest for members of VERG. They will be entered into a raffle for each veteran they refer to the company. Thiel says it is a great way to fill Micron’s talent pipeline and reward our VERG members at the same time.

But hiring more veterans can also mean additional considerations. Thiel says it is important for supervisors to understand those who still serve as reservists may be called up for deployment or committed to two weeks of annual training. And that’s where the support of VERG comes in.

VERG members are working with Micron’s People organization to identify additional opportunities to support deployed veterans, including developing transition plans to ensure military reservists can continue to serve their country.

Micron appreciates veterans around the world, not just in the U.S.

This day, Nov. 11, is a day of remembrance, a day to honor veterans in many countries. Many wear a poppy on their lapels as a symbol of remembrance on this day.

As a global organization in 17 countries, Micron recognizes there are team members working around the world who served their countries in different armed service organizations. During this time when U.S. veterans are remembered for their service, VERG members want all of Micron’s global team members who served to feel honored and recognized.

According to Thiel, “No matter where you serve, it’s important we’re inclusive of all service members. Everyone should feel empowered to bring their whole self to work.”

Shared understanding creates a more inclusive workplace at Micron. To commemorate Juneteenth, Micron is offering opportunities to celebrate our Black team members’ history and experiences and the influence these have had on shaping our nation.
Read more >

Idaho CEO Letter on the Importance of Respect and Inclusion

Throughout the pandemic, we met to discuss pressing issues and opportunities our companies and teams faced. We joined our voices to urge public unity in response to the pandemic. Today, we stand together for equal rights for every Idaho citizen. This is an open letter we drafted in support of the rights of our teams and community. This letter, which was published as an op-ed in this week’s Idaho Statesman, details how inclusive policies create a better working and business environment. We CEOs feel it is important to speak clearly on the need for equal rights and basic respect for every one of our employees.
Read more >

Micron Tech Camp 2021 already has 400 registered students, more than double the number from last year. Micron team member volunteers will teach students who have just completed the seventh or eighth grades lessons in science and engineering related to what Micron does best: semiconductor manufacturing.
Read more >
+