In my three decades of developing and marketing data technologies, I have been lucky to be involved in many of the amazing technology developments that have improved the everyday lives of so many of us. But I don’t know if I’ve ever been this excited to see a new one at its birth: 176-layer NAND.

This is an amazing human achievement that marks a new technological milestone in the evolution of NAND. To set the stage for why 176-layer NAND is such a big deal, let me back up a few decades.

Some of the technologies we take for granted daily — cell phones, GPS and the internet — took years of development before they become practical, building on layers and layers of underlying technology. For instance, a cell phone needs CDMA (code division multiple access, a now-common technology), low-noise amplifiers, digital signal processors, powerful microprocessors, long-lasting rechargeable batteries, storage (like NAND memory!), and a host of others.

During the development of these underlying technologies, I remember hearing the din of naysayers whose constant theme of “that idea will never work in real life” might dissuade some people. Then, three to five years later, I would smile to myself when that same technology appears on the open market in a device that you and I use every day. But I must admit, sometimes I was the one with doubts.

I remember when the idea of 3D NAND was new. You see, prior to 2014, major memory designs were laid out directly on top of silicon wafers, expanding capability horizontally by growing larger in area. 3D NAND is different. It grows capability vertically. And here’s the truth: Initially I thought this idea unlikely to work in production. But like so many of those technologies with doubters, it worked.

Production 3D NAND was a big deal because it brought lower cost and immense value to more and more people. Micron’s 176-layer NAND is just as big a milestone for several reasons. This technology is close to 10 times denser than those early 3D NAND designs. Ten times the density means smartphones can do even more, store even more and become even more affordable to more people, enhancing their everyday lives. I also expect our technology to become pervasive in all kinds of electronic devices (including the fundamental building blocks of cloud storage).

I am incredibly proud to be part of this first-in-class achievement. Not only is this new 176-layer device denser than previous ones, it also incorporates the industry’s highest data transfer rate through innovative circuit designs. Micron engineers designed and built this ultradense storage while making major architectural changes to the NAND that will enable innovation in downstream devices for years to come.

And that’s where my true excitement lies. This advance is about more than just the engineering leap — it’s about freedom and enabling people to do more, learn more and broaden their horizons. Micron 176-layer NAND has thrown the door to data wide open. Not only will more people have access that is both faster and less expensive, the devices they use for that access will be better, smaller, more affordable and faster.

So I now reflect — with a mix of gratitude and awe — on how the people who didn’t believe the “it cannot be done” mantra have done the impossible yet again, for the benefit of us all! And I can’t wait to see how creative designers, builders and enablers will use this remarkable new device to enrich the lives of everyone.

To learn more about Micron’s new 176-layer NAND, read about it on our product page. 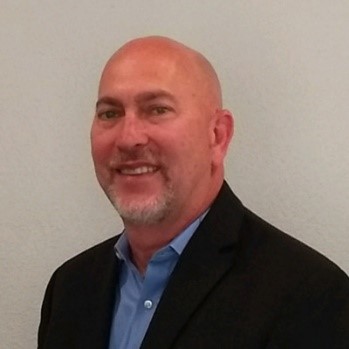