The Nankan River is known as the “mother river” of Taoyuan — and it is treasured by many who live in the northwest Taiwanese city of 2.2 million people.

But, like many rivers around the world, it has also been trashed by factories looking for an easy place to unload toxic chemicals. The Nankan River was also a dumping ground for garbage.

For years, Solo Wu has been dedicated to ending pollution of the river, which flows through the industry-heavy city. He was the founding member of Micron’s Nankan River Patrol Force in 2015, and last year he grew the volunteer group’s membership to about 30. 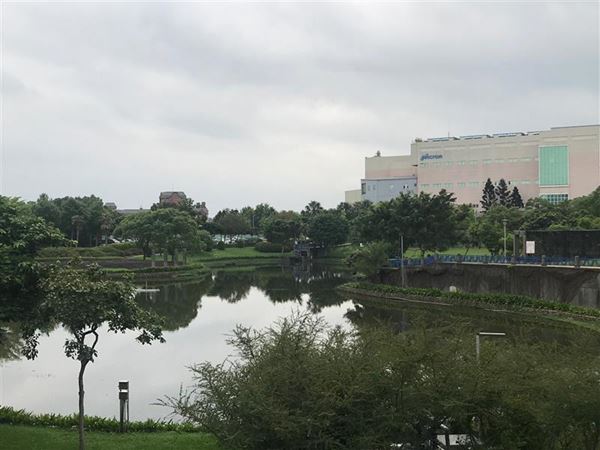 “If we hope to ensure a clean environment for future generations, we have to invest in environmental efforts,” said Wu, an environmental protection engineer for Micron’s Environmental, Health & Safety department at the manufacturing facility in Taoyuan. “I am glad that my work at Micron is also helpful to the environment. Micron also advocates for environmental policies, so I can contribute to sustainability and my homeland.”

Micron Taiwan team members on the river protection group walk or ride scooters along 10 kilometers of the river once a month to pick up trash and look for evidence of illegal dumping. 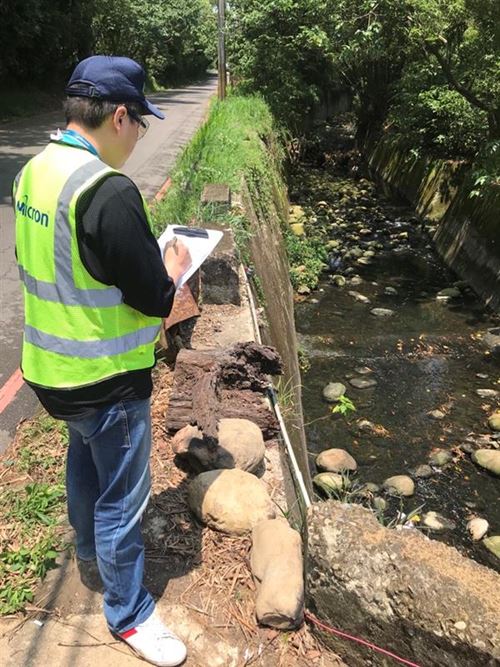 “When residents or our volunteers identify pungent chemicals, unusual colors or bubbles, we immediately report to Environmental Protection Department and publish the news on social media channels,” Wu said. “This effort exposes illegal conduct and safeguards our environment.”

Wu’s professional expertise is in proper management of wastewater and rainwater. He ensures that wastewater is treated according to regulatory requirements.

Taoyuan City Government established a river adoption program in 2015. There are now 66 volunteer river patrol teams in the city — nearly 2,500 volunteers — all under the guidance of the Taoyuan City Environmental Protection Department.

The Micron Taiwan Patrol Team, the new name for the river protection group, has four groups of volunteers (A, B, C, D), organized by availability to do the patrols after work or on days off. They spend about two and half hours picking up trash along the banks and looking for signs of pollution in the water. They’ll spend up to four hours once they get some additional training.

Their good stewardship has not gone unnoticed.

“When we are out on patrol with Micron vests, local residents are often curious why there are Micron team members staring at water for so long,” Wu said. “After our explanations, they appreciate how Micron contributes to environmental protection.”

Wu said the river protection work in the community demonstrates one of Micron’s values: “People, we care for each other.”

The patrol teams primarily do visual inspections of the water now, such as looking for dead fish and irregular colors (or odors). Soon they will get training so they can collect data on water quality, including parts per million (ppm) of metal ions, pH values and dissolved oxygen levels.

That training was postponed due to the COVID-19 pandemic.

“We previously planned to have 12 hours of training with external instructors in April, but it was suspended due to the social distancing policy in the company,” Wu said. He’s hoping that they can reschedule in July or August.

All of those who receive that training will be accredited by Taoyuan City Government.

“Biodiversity in Nankan River has been growing over the years,” Wu said. “We have observed multiple distinctive and benchmark species. It indicates that patrol efforts are effective and water quality is improving.”

Wu is promoting environmental protection in other ways. In 2017, he started a Micron club called Guardians of the Earth.

Wu has seen pollution grow as Taoyuan’s population has increased.

“With the establishment of the Nankan River Patrol Team and Guardians of the Earth club, I hoped I could extend and ignite the passion of more team members to join forces in protecting our Earth and sustainability efforts,” Wu said.

Micron Tech Camp 2021 already has 400 registered students, more than double the number from last year. Micron team member volunteers will teach students who have just completed the seventh or eighth grades lessons in science and engineering related to what Micron does best: semiconductor manufacturing.
Read more >

Many of our team members have asked what they can do to take action and stand in solidarity since the COVID-19 pandemic makes large gatherings and nonviolent protests dangerous.
Read more >