Women engineers at Micron are leading the way on many different fronts: promoting job opportunities in the field, recruiting top students, mentoring peers and driving innovation with their unique talents.

During the discussion, kicked off by Manish Bhatia, Micron executive vice president of Global Operations, and April Arnzen, senior vice president of Human Resources, several spoke about their careers — and the challenges that women face. The virtual panel discussion was held on Tuesday, June 23, the date of the seventh annual International Women in Engineering Day. (This panel occurred Wednesday, June 24, in Asia due to time zone differences.)

It was inspiring and uplifting to hear these women at Micron sites all over the world, including Japan, Singapore, India and the United States, share their experiences in practicing their trade and building communities that support each other.

“I literally love my job more today than I did the first day out of college,” said Thy Tran, who joined Micron in 2008 and is now vice president of DRAM Process Engineering. “It’s really that rewarding. And also, as you advance in your career, you’re able to elevate other people, other team members, colleagues, and people who have contributed to your team’s success, and to me that’s the most rewarding thing.”

Tran faced significant challenges early on in her life. Her family fled Vietnam in 1979, making it to a refugee camp in Thailand. Later, they traveled to the U.S. where Tran grew up. Her mother held several part-time jobs while raising six children. She was interested in studying art in college, but she opted instead to take a full-ride scholarship in electrical engineering.

She has no regrets about her career path. “If I was an artist, I’d be a starving artist,” she said. “I took on engineering to be practical. It was a means to an end. I wanted to be self-reliant, pay my way and do what I want to do — travel and collect art and books. But coming full circle, I just really love what I do. How many of us can say, ‘Do what you love, and love what you do?’”

Nahomi Aoto, senior director of Technology Development, said she knew as a child that she wanted to work as a researcher in science and engineering. But it wasn’t until her 7-year-old daughter asked her why she worked outside the home that she thought deeply about what drove her.

“For me, working in engineering means I can contribute to society through my product, through my job,” she said joyfully. She’s proud to help make people’s lives better through her work.

But convincing young women that they belong in a male-dominated field continues to be a challenge. Many wonder if they will be able to balance motherhood and their careers, panel members said. One anecdote shared by a team member based in Singapore was striking.

Geok Hong Tan, senior director of Front-End Operational Strategy, said there were five women in a group of about 100 students who came to hear her speak at the National Taiwan University last year. The women, who did not ask any questions during the session, approached her afterward and asked, “Does Micron recruit female engineers in Taiwan?”

“I was very surprised,” Geok Hong recalled. “Of course, I said, ‘Yes. We hire the best.’ And they followed up with a second question asking me, ‘Will women get an equal chance in terms of career progressions since people may have concerns of women have family commitments, we may need to take maternity leave, and maybe conventionally people think males may be more capable in the engineering field?’”

Geok Hong said Micron Taiwan team members have been reaching out to girls in primary and secondary schools to give them information about technology careers and provide assurance that they are welcome in the field. They have recruited about 200 female engineers in the past two years.

The Society of Women Engineers, the world’s largest advocate for women in engineering and technology, says just 13% of engineers in the workforce are women. Their data shows that 30% of women who earn bachelor’s degrees in engineering are still working in the field 20 years later.

Shiho Shimomura, senior manager for Strategic Planning in Hiroshima, Japan, said surveys of female team members in the past have identified issues they are addressing.

“Many female members feel lonely because they are the only female on the team,” Shimomura said. It can be difficult to bring their whole selves to work. For example, their communication style can differ from their male colleagues.

Radhika Chennakeshavula, Micron’s India IT director, said data shows that many women engineers drop out of the field midcareer due to “double-double syndrome,” which is when women burn out while doing double-duty at work and at home, particularly in the child-rearing phase of life.

She recalled feeling like she needed to quit at one point. “I had this mentor who said, ‘Radhika, you’re not alone. There are a lot of women. Go talk to this lady who crossed it … This is just a phase, you will overcome that,’” said Chennakeshavula, who believes mentorship is key to retaining talented women in technology.

One of the best resources for supporting Micron’s women engineers throughout their career is the Micron Women’s Leadership Network, or MWLN.

“We spend a lot of time on professional development, which is helpful for all women and especially for technical women,” Somerville said of the MWLN. A growth mindset is important for women not only in keeping their technical skills sharp but also in building their support network. About a year ago, she started group mentoring sessions for technical women at Micron.

At the end of the panel discussion, Somerville encouraged attendees to learn something new every day.

“Challenge yourself to learn new things,” she said. “I have a planner that I still write in, kind of old school, but every Sunday I write down: ‘What do I want to learn this week?’”

This was the second such panel with participation from Micron President and CEO Sanjay Mehrotra and Micron’s women leaders and engineers from Japan, India, Singapore and the U.S. On Friday, June 19, the Micron Foundation, in coordination with the MWLN, also hosted a virtual panel featuring university outreach professionals from the University of Washington, University of California, Berkeley, and Boise State University.

The panel, moderated by Janine Rush-Byers, discussed how the Foundation-sponsored STAR program and others contribute to improving retention of female engineers and, ultimately, their graduation rates. 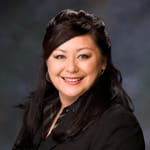 On International Transgender Day of Visibility, Micron deepens our commitment to equality for all
Read more >

Equal Pay Day marks the number of additional days it takes for women, on average, to earn what men did in the prior year. In 2021, Equal Pay Day was March 24, representing the 83 additional workdays required for women to earn equivalent compensation to what men earned in 2020. In 2021, the gender pay gap was reduced to 74 workdays, and so today, March 15, is Equal Pay Day 2022.
Read more >

Micron has diversified sourcing for our noble gases, and our supply of neon is primarily sourced and originates from various suppliers across the E.U., U.S. and Asia. We are working closely with our suppliers to ensure uninterrupted supply.
Read more >
+