Ceph BlueStore: To Cache or Not to Cache, That Is the Question

To Cache or not to Cache, that is the question.

Well, do you? Cache for your Ceph® cluster? The answer is, that it depends.

You can use high-end enterprise NVMe™ drives, such as the Micron® 9200 MAX, and not have to worry about getting the most performance from your Ceph cluster. But what if you would like to gain more performance in a system that is made up mostly of SATA drives. If this is the case, there are benefits to adding a couple of faster drives to your Ceph OSD servers for storing your BlueStore database and write-ahead log.

Micron developed and tested the popular Accelerated Ceph Storage Solution, which leverages servers with Red Hat Ceph Storage running on Red Hat Linux. I will go through a few workload scenarios and show you where caching can help you, based on actual results from our solution testing lab.

For 4KiB random writes, using FIO (Flexible I/O), you can see that utilizing caching drives greatly increases your performance while keeping your tail latency low, even at high load. For 40 instances of FIO, the performance is 71% higher (190K vs 111K) and tail latency is 72% lower (119ms vs 665ms). 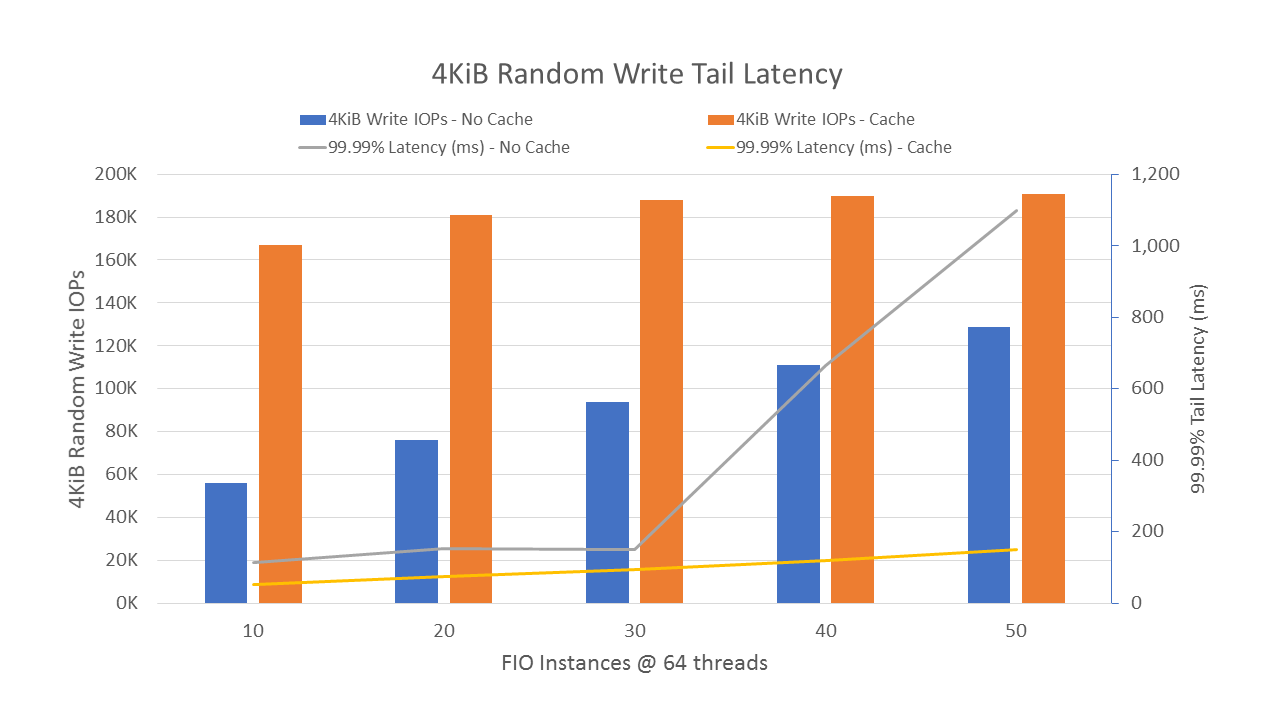 There is some performance gain during 4KiB Random Read testing, but it is much less convincing. This is to be expected as, during a read test, the write-ahead log will not be utilized and the BlueStore database won’t change much if at all. 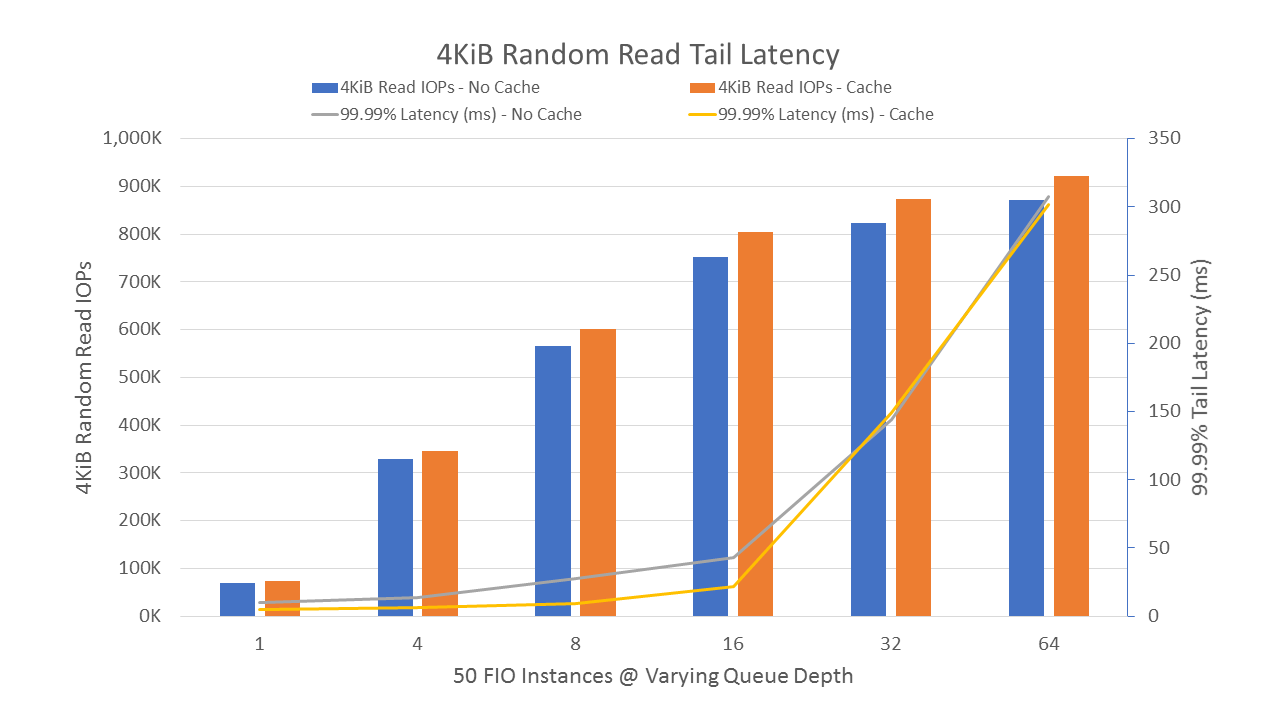 A mixed workload (70% Read/30% Write) also shows the benefits of having caching devices in your system. Performance gains range from 30% at 64 queue depth to 162% at 6 Queue depth. 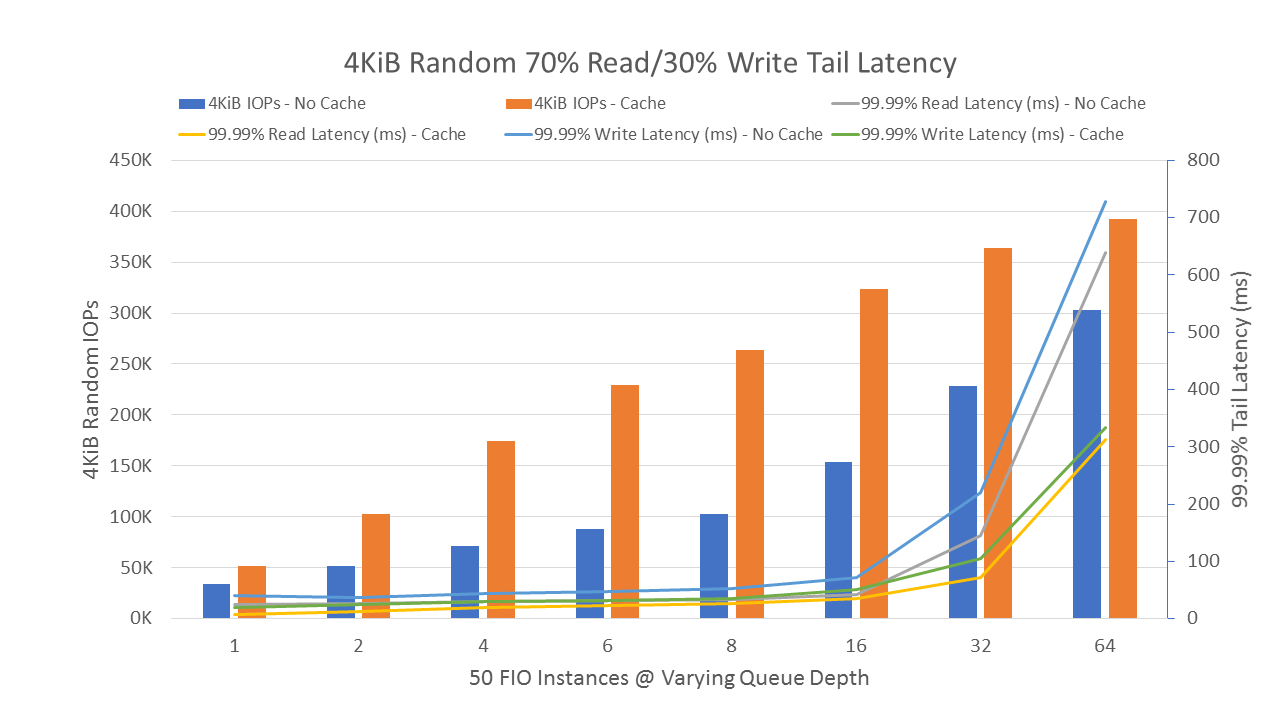 When running the rados bench command with 4MiB objects, there is some performance gain with caching devices, but it’s not as dramatic as the small block workloads. Since the write-ahead log is small and the objects are large, there is much less impact on performance by adding caching devices. Throughput is 9% higher (4.94 GiB/s vs 4.53 GiB/s) with caching vs none, while average latency is 7% lower (126ms vs 138ms), when running 10 instances of rados bench. 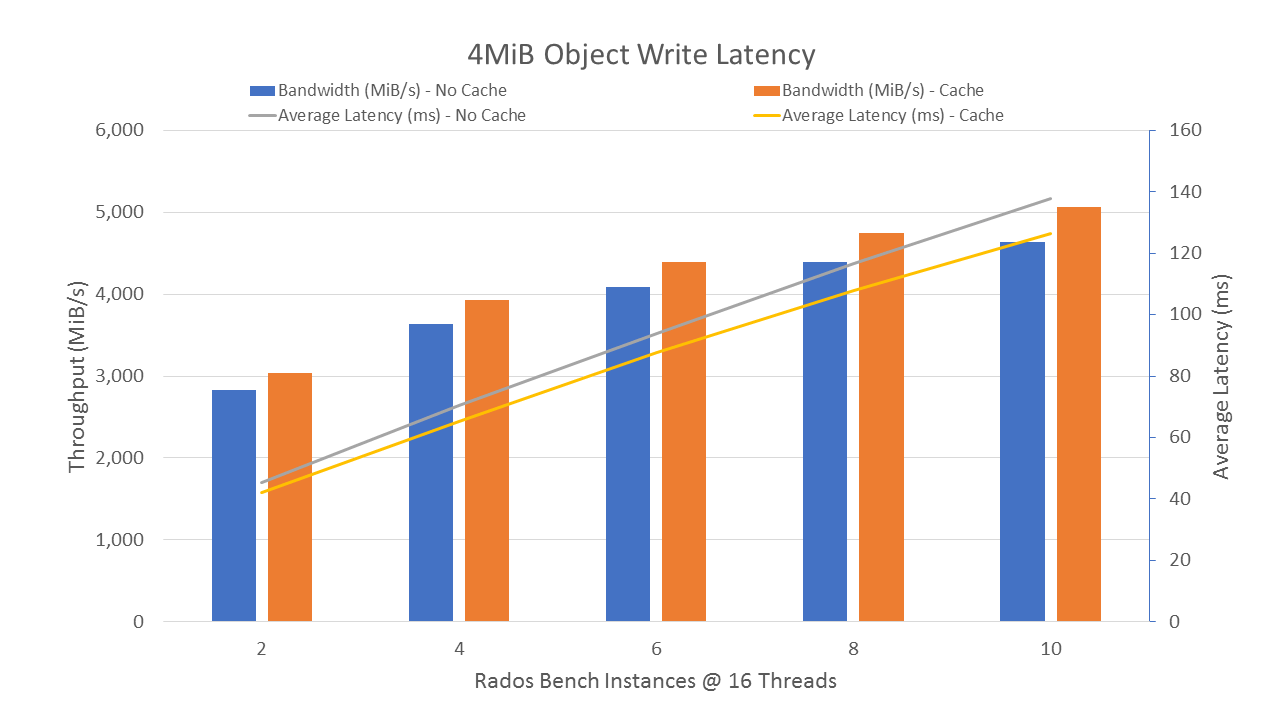 With reads, we again see that there is negligible performance gain across the board. 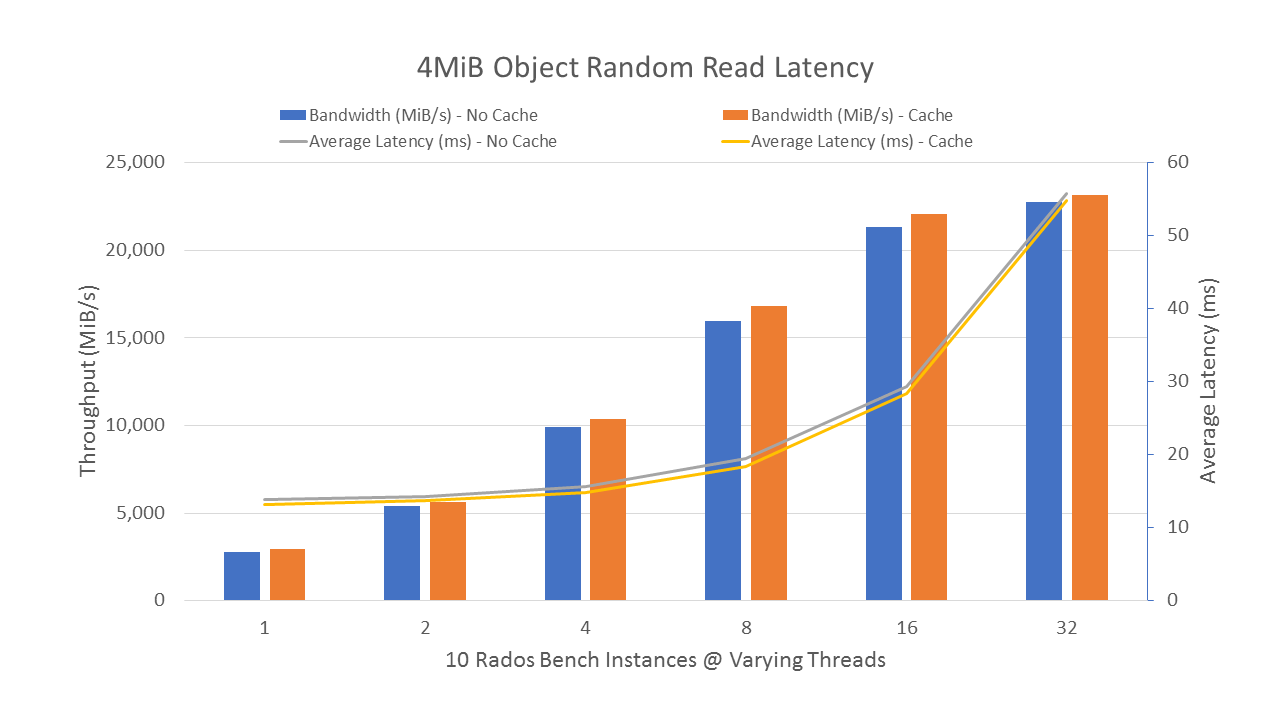 As you can see, if your workload is almost all reads, you won’t gain much if anything from adding caching devices to your Ceph cluster for BlueStore database and write-ahead log storage. But with writes, it is a completely different story. Although, for large objects, there is some gain, the real showstopper for caching devices is with small block writes and mixed workloads. For a small investment of adding a couple of Micron performance 9200 NVMe drives to your system, you can get the most out of your Ceph cluster.

What sorts of results are you getting with your open source storage? Learn more at Micron Accelerated Ceph Storage.

John graduated in 2008 from West Virginia University with his MSEE with an emphasis in wireless communications. In 2011, John moved to Austin, TX to work for Dell in their storage organization. At Dell John worked on the MD3 Series of storage arrays on both the development and sustaining side. John joined Micron in 2016 to work for the Storage Solutions Engineering group in Austin, where he has worked on Cassandra, MongoDB, and Ceph.