CES 2019 from an Automotive Memory Perspective

Having attended CES for several years now, I would say this year stood out from the rest. There were some cool technologies that will drive demand for new, innovative memory solutions. Key themes included 5G wireless, electrification of vehicles, and advanced cockpit with virtual assistant..

Ford demonstrated cellular vehicle-to-everything (C-V2X) technology, which can be used to negotiate right of way in four-way intersections without the assistance of traffic lights or stop signs. With 5G coming, C-V2X is expected to complement autonomous cars and ADAS systems. Audi and Ducati also plan on using the Qualcomm C-V2X chipset, which is ready for 5G. Moreover, Ford is looking to add C-V2X to every new car by 2022.

Most of the traditional automotive OEMs were showing their electric cars that were ready for market. In addition to Mercedes and Audi, Nissan showcased their electric Leaf that had a driving range of 226 miles. Byton, a new car startup, showed its two electric cars targeted for launch later this year. These product announcements provide just a brief example of where the motor industry is headed, with electrification as one of the most popular next stops.

An interesting application of the electric vehicle was the Bell Nexus Air Taxi. It’s a helicopter designed in partnership with Uber and targeted for test trials mid 2020 with commercial service starting in 2023. It carries four passengers and a pilot. This helicopter looked like something out of the movies. The Nexus aircraft is hybrid-electric with plans to eventually be fully autonomous. There are still hurdles to cross in terms of government regulations, etc., but the air taxi is looking like a real future possibility in densely populated areas! 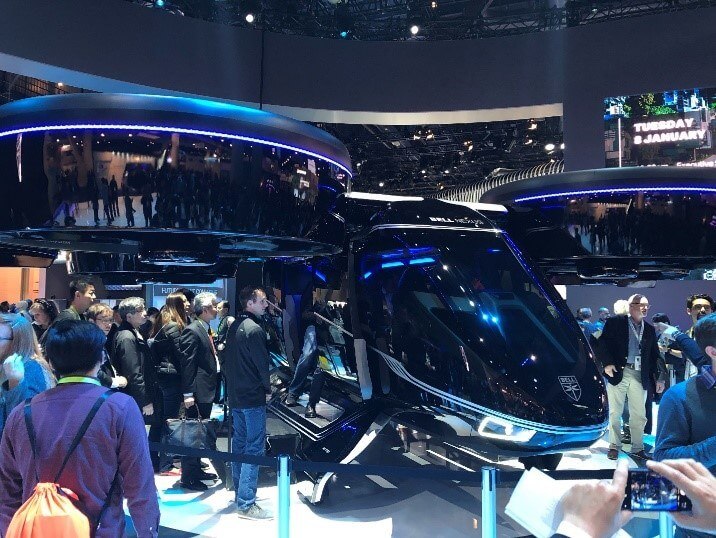 Audi showcased their first electric vehicle, e-tron, which is to be brought to America in the next few months. Audi is expecting to go fully electric by 2025. In addition, Audi showcased the next level of infotainment by providing the passenger a “special movie theatre experience.” This includes seat vibration, ambient lighting, air-conditioning, and sound to provide an amazing experience and immersive atmosphere. In fact, I could see the car shaking as people were participating in the demonstration. 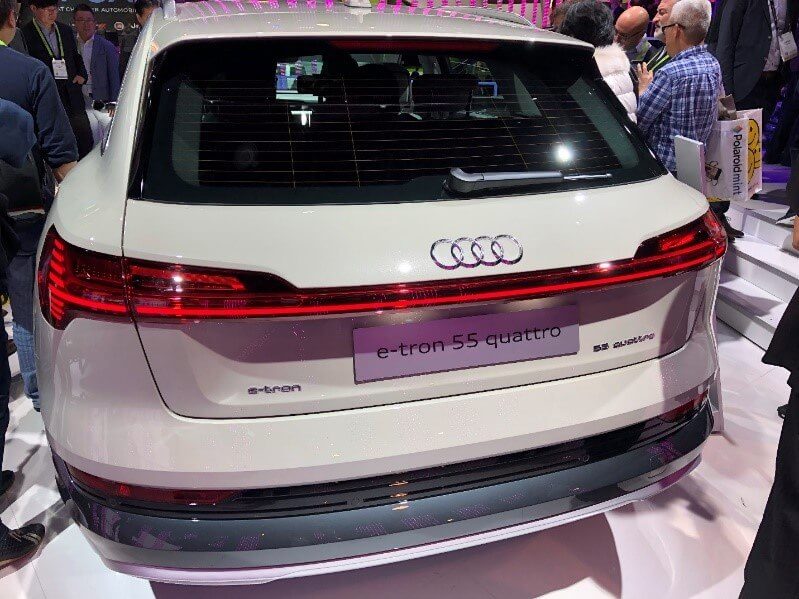 Mercedes showed its first electric vehicle, EQC. This is the first Mercedes launched under the EQ brand. In addition, Mercedes also introduced a new feature to its MBUX infotainment system called MBUX interior assistant. This feature utilizes proximity detection to automatically optimize comfort and anticipate the use of lighting functions. It can also reliably differentiate between the driver and passenger, as well as provide overall intelligence to the system. 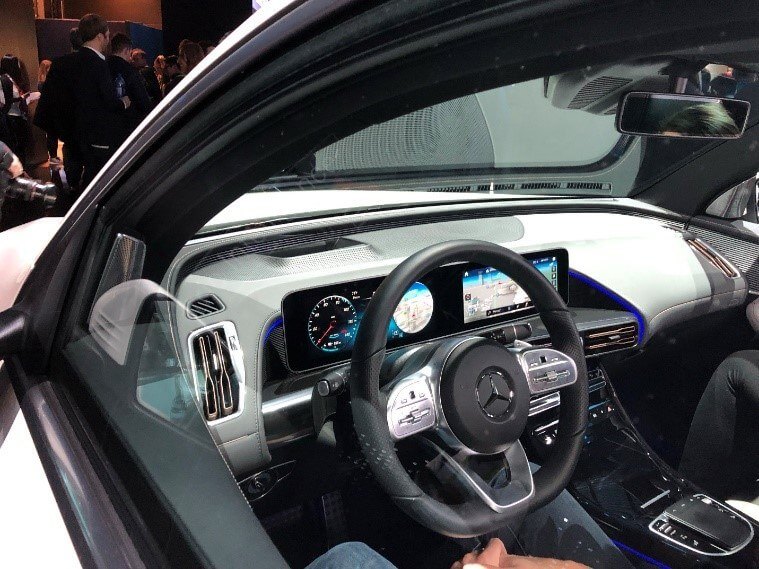 In addition to the above, there was also the Byton 48-inch curved dashboard with a touchscreen on the steering wheel and BMW’s intelligent personal assistant that can activate different services based on your voice command. Amazon’s Alexa is also planned to be incorporated by a number of car makers. The car is becoming more of an IoT!

Micron, with our comprehensive portfolio of automotive-qualified memory solutions, is well positioned to address the system memory demands of these applications. In addition, our Authenta™ Technology cyber security solution will be of significant value and importance as autonomous driving and 5G come together to make smart cities a reality.

Obi Okeke is the Director of Automotive OEM at Micron’s Embedded Business Unit. He is responsible for developing and executing Micron’s automotive strategy as it applies to car manufacturers and automotive disruptors globally.  Prior to his current role, Obi was responsible for Micron automotive sales in North America. He spends his spare time biking, watching basketball and experiencing exotic dishes.