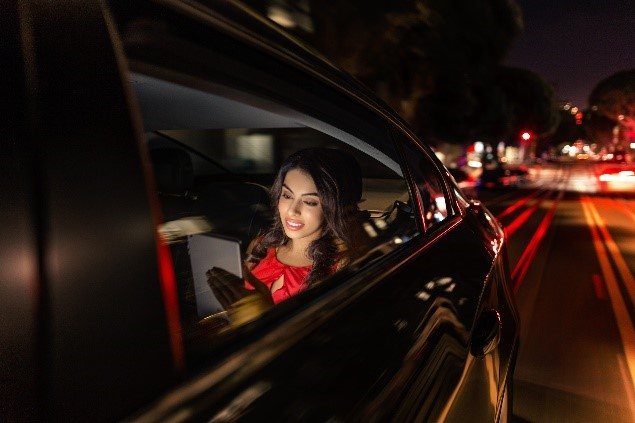 It’s been over a decade since the first-generation iPhone was released. The ground-breaking device was introduced at a time when smart phones were not the mainstream technology. At that time, there were a wide range of challenges to overcome, battery life perhaps being the most apparent. Over time, and multiple product generations later, continued improvements and innovations have led to the point where, in 2019, the smartphone is now a dominant, mainstream technology, and it is almost impossible to find a feature phone.

We can look at self-driving vehicles in a similar way. Given the numerous benefits afforded by self-driving vehicles and their associated complexity, it is expected that the deployment of automotive technology will follow in similar footsteps as the smartphone—multiple iterations and generations after its first introduction, the technology will be highly refined and will be deployed to the masses.

At the upcoming 2020 Tokyo Olympic games, all eyes will be on Japan as major OEMs from around the world plan to demonstrate autonomous vehicles—navigating the Japanese highways without a human driver.

The Japanese organization NEDO (New Energy and Industrial Technology Development Organization) through the Cross-ministerial Strategic Innovation Promotion Program, also known as SIP, is committed to the advancement of autonomous driving, having outlined the following objectives:

Let’s take a look at the technical side of an autonomous vehicle. Achieving Level 3 capability will require a significant increase in computing power compared to a vehicle with Level 2 capabilities. Supporting Level 3 requires multiple high-resolution sensors, which include high-resolution cameras with high frame rates, radars, and light detection and ranging sensors (LIDARs). For navigation, high resolution maps and GPS sensors are essential.

As an illustration of the level of compute performance and associated memory technologies required to achieve some of the higher levels of autonomous driving, the NVIDIA DRIVE AGX systems, which is claimed to support Level 5, delivers 38,000 GFLOPS of compute performance, with a total associated DRAM memory bandwidth that is more than 1 TB/s. Autonomous driving also relies upon high resolution 3D maps for navigation. These maps can drive total system storage requirements up to 1TB. The black box recorder is another critical component of an ADAS system. The black box needs to typically record data from all of a vehicle’s sensors for 30 seconds prior to an accident or incident of interest. However, currently, there are no fixed specifications for recording rules in Japan. What is clear, is that building a circular buffer based on nonvolatile technologies that can continuously buffer 30 seconds of data can drive up required endurance levels in excess of petabytes.

In summary, while autonomous driving is currently in its infancy, in time and over successive generations, it will evolve to become a refined mainstream technology. The upcoming 2020 Olympics will be a major milestone event that will demonstrate and accelerate the deployment of self-driving vehicles.

For more information on what Micron is doing in automotive; click here.