Why PCIe NVMe SSDs for Auto? 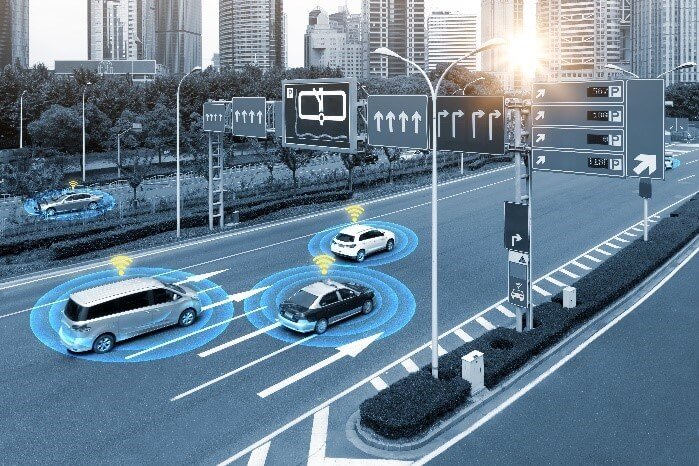 Logically, storage capabilities within the automobile have also been scaling to keep up with the ever-growing demand for data and program storage. It’s not simply the complexity of the in-vehicle software that is driving the growth in storage, the introduction of expanded capabilities such as 3D HD maps and data recorders (black boxes)—essential technologies required to realize autonomous driving—have a profound impact on total data storage requirements.

At some point, if two autonomous cars should ever get into an accident, the question that would be asked is who was at fault? One way to determine an answer can be by reconstructing the last 30 seconds of the vehicles’ activity prior to the accident—using a recording of all sensor data and replaying exactly what the sensors saw and the actions that artificial intelligence (AI) algorithms took based on this data.

When you look at number of sensors in the self-driving car of the future and the corresponding resolution and bandwidth of those sensors, data rates in excess of several GB/s will be common place. Black boxes will be used not only to store the data associated with the instances of an accident, but also those occurrences or situations where automatic electronic braking (AEB) was applied, which may imply that there was a possibility that an algorithm or sensor was not behaving correctly or could benefit from additional tuning. This information would likely be invaluable to the fine tuning of AI algorithms and ultimately the mass deployment of self-driving cars.

These are just a few of the many examples of the functions and factors that are going to significantly increase the amount of storage required in the vehicle of the future. These examples also underscore the need for a storage subsystem that provides high-performance access with low latency, and of course, meets automotive reliability and temperature requirements.

The Evolution of Storage

It doesn’t feel that long ago when the 1TB boundary was finally broken for HDDs targeting the consumer market. A bit later, 1TB SSDs in a 2.5-inch form factor were introduced. Upon introduction, this technology was considered state-of-the-art and hardly affordable to the masses. As technology continues to progress, fast-forward to Nov. 13 2018, when Micron announced the industry’s first PCIe NVMe flash storage device targeting the automotive market, with capacities from 64GB to 1TB in a BGA package measuring only 16mm x 20 mm.

This breakthrough product was made possible through the combination of multiple state-of-the-art technologies which include Micron’s third generation 3D NAND, 64-Layer stacking, and CMOS under the array technologies. When combined, these technologies enable a device that yields 25% greater dice per wafer when compared to equivalent competitive devices in the industry. The benefits of increased die area efficiency extend beyond cost savings alone, it also enables higher densities such as a 1TB device to be realizable in a small form factor BGA package.

Suffice to say, there are other storage alternatives like UFS and eMMC which play a key role in many of the broader embedded and mobile markets in addition to automotive infotainment systems. However, PCIe NVMe SSDs offer several benefits over other interfaces. For example, 2100 SSD delivers 3X & 6X faster read performance than UFS 2.1 and eMMC v5.1 respectively but with lower energy consumption. In addition to the higher performance, the NVMe software stack has lower latency than the SCSI stack used in UFS, resulting in >25% and >15% improvement in system write and read speeds, respectively. NVMe 1.3 with boot support also eliminates the need for another storage device for boot – leading to lower system level costs.

Micron has been committed to the automotive market for almost 30 years and continues to reinforce our commitment and understanding of critical market and system architecture trends through the introduction of industry leading products such as our announcement of an automotive-grade PCIe NVME SSD product family.

We are very excited to be a key supplier to enable the next generation of automobiles.