Industrial SSDs are traditionally used in industrial applications such as factory automation, medical, and transportation. PCIe NVMe SSDs are relatively new in the industrial segment, as SATA-based SSDs are widely used today.

As with any new technology, some have expressed concerns regarding power consumption of PCIe-based SSDs. Although PCIe NVMe SSDs consume more power, energy consumption is lower for read and writes versus other storage interfaces because the operation is completed in a shorter time (as shown in Figure 1). Micron’s data evaluating eMMC, UFS and PCIe storage products show PCIe x2 or x4 products are lower in energy consumption. In addition, NVMe allows for power limit thresholds for better granularity in real system usage models. 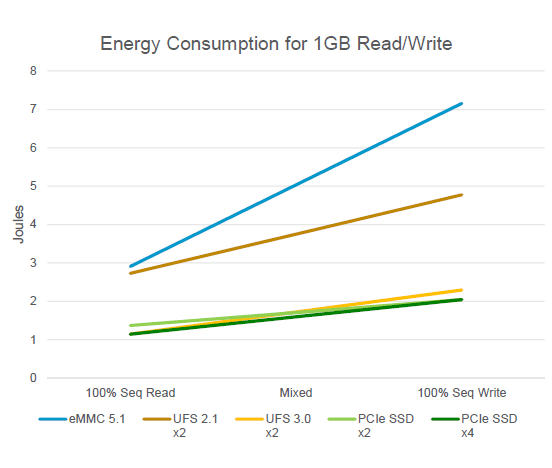 Additional benefits from PCIe NVMe solutions include low latency and high performance. The software stack used in NVMe has several benefits over a SCSI (UFS) stack. NVMe stacks are simpler, with lower latency, providing greater than 15% and 25% improvement in system read and write speeds, respectively1. 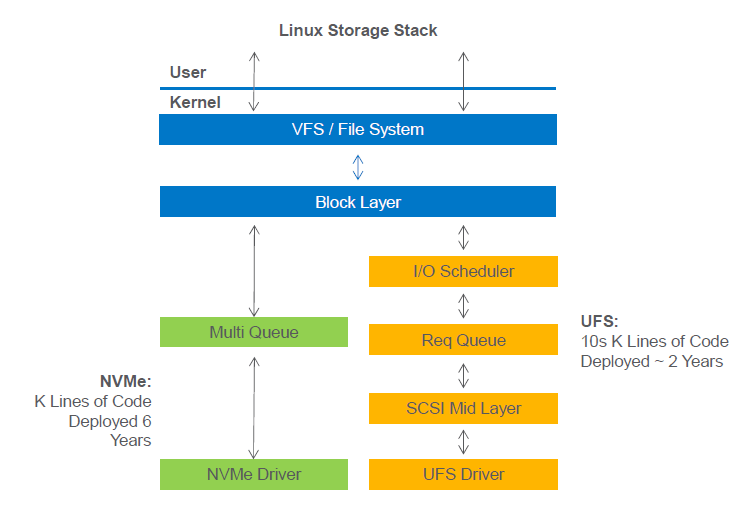 Designs that require high endurance can take advantage of application-specific features provided by these PCIe NVMe SSDs, such as namespace. With the namespace feature, a portion of the SSD (or the entire SSD) can be converted to SLC mode.

In addition to having a removable M.2 form factor, the BGA form factor offers a highly ruggedized solution for industrial applications—providing up to 1TB of storage space. Systems requiring greater than 1TB can utilize multiples of these devices to take advantage of the 16mm x 20mm package size.

The proliferation of edge computing and use of artificial intelligence (AI) in IIoT applications is driving a need for faster storage like PCIe NVMe SSDs. Micron’s wide portfolio of volatile and nonvolatile memory and storage products for the industrial market, along with the introduction of the 2100 series of PCIe NVMe SSDs, shows we are ready to support the future needs of industrial customers.

For more information on our storage solutions click: here

For more information on our Nonvolatile memory click: here